The first thing you should know is that Fark.com isn't a Weblog. Fark.com, the Web site, is a news aggregator and an edited social networking news site. Every day Fark receives 2,000 or so news submissions from its readership, from which we hand-pick the funny and weird notable news -- and not-news -- of the day.

Fark isn't an acronym. It doesn't mean anything. The idea was to have the word Fark come to symbolize news that is really Not News. Hence the slogan "It's not news, it's Fark." Fark was originally a word Drew became known for using online back in the early 1990s. He can't remember why, but his guess is that it was either to replace another F-word or that he was just drunk and mistyped something. He tells everyone it was the former since it's a better story that way.

Four letter domain names were getting snapped up quickly, so on a whim in the summer of 1997 Drew checked to see if Fark.com was available. It was, and he grabbed it. At the time the only thing you could do with a Web site was put up what was then called a vanity site. This was almost all the Internet consisted of back in 1997. Think of vanity sites as poorly coded MySpace pages. Yes, MySpace pages look pretty bad, but these were worse. Drew didn't want to use the Fark.com domain name for a vanity site, so he decided to wait until he had a better idea.

For the first two years of Fark.com's existence (1997-1999), all you got was this picture of a squirrel with big nuts: 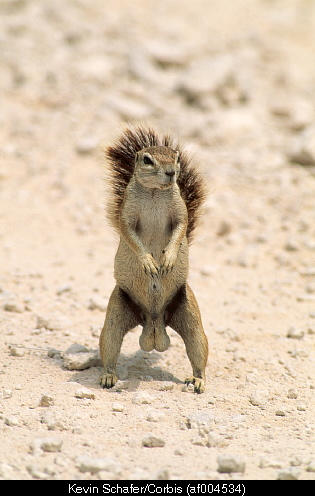 He spent the next couple of years drinking and promptly forgot all about the domain. One day in February 1999 he had an epiphany - or a really good buzz - who knows.... He was sitting in his living room, thinking long and hard about starting Fark. He decided that if he was going to do it, he would have to do it every single day. He took a deep breath, grabbed a fresh beer, and jumped in. His friends evidently told other people about Fark and it caught on like a house on fire (or that weird ass rash you don't want to tell anyone about) and that's how it all started.

The first year Fark received 50,000 page views. That's a respectable number for a site started from scratch. The second year it was a million. The number one highest-traffic corporate Internet hitting Fark's servers was CNN. Number two: Fox News.

What is Fark exactly? Fark is what fills space when mass media runs out of news. Fark is supposed to look like news... but it's not news. It's Fark.

Totalfark is your key to the part of Fark that most people don't get to see. When Fark first started, the links were fewer and put up exclusively by Drew. As Farkers began to submit their headlines with stories, there were more than would fit on the front page. When Drew picked a headline he liked, there was natural curiosity of what wasn't picked. So in 2002, Drew created Totalfark, which gave Farkers the behind-the-scenes view of Fark. All of the headlines, all of the comments that didn't make the front page were visible here.

Over time, Totalfark has evolved, and in addition to communities on Totalfark--such as the Totalfark Discussion area and things like cafes and the various Last Post threads--Totalfarkers (TFers for short) also have a lot of side benefits:

And don't forget, when you're a TotalFarker, you're directly supporting our community, and in a small but important way, you're helping Fark thrive. Anything Fark gets in terms of subscriptions helps reduce our reliance on outside advertising. Every TF subscription brings us closer to that goal.

For more info on these features, see the TotalFark and BareFark Questions section.

You can sign up for TotalFark at https://www.fark.com/totalfarksignup, for only $10 per month, or $100 for the entire year.

BareFark is Fark without ads for people who would like to support Fark anyhow. You can sign up for BareFark at https://www.fark.com/barefarksignup, for only $5 per month, or $50 for the entire year.

Signing up for BareFark is a low cost way of supporting Fark and not seeing ads.

Browser-based ad blockers often block Javascript that is unrelated to ads, which often causes problems when trying to post comments, vote for comments, and so on. (A very large number of the tech-problem Farkbacks we get are problems caused by ad blockers blocking non-ad things.) BareFark solves this problem and lets you support Fark at the same time.

BareFark removes all ads, including the ads/sponsored links that rotate in the 4th and 10th link placements (however, it will not remove "normal" sponsored links - regular links that we get paid for, always labeled with the words "Sponsored Link" but otherwise just like regular links). Here are some screenshots of how it looks on desktop and mobile.

OhFark is a pandemic-limited badge to help us bridge the gap between now and when things return to normal. Ad revenues across all digital media are down 70% or more. You can read more about the situation here.

You can purchase OhFark on the OhFark purchase page.

Your new badge will display next to your username when you comment on the site, and in your MyFark profile. You also get our undying thanks for helping to keep Fark running during this difficult time.

Low ad revenues are impacting all of digital media. If you're lucky enough to have the financial means to help out, please also consider supporting your local newspapers, as well as restaurants and bars, and basically any business that you want to be around when things start to open up again.

FarkUnits (FUs) are tokens that you can redeem for certain actions on the site. You can purchase FarkUnits for $10 for 100 FUs, or you can get a discount if you purchase in bulk.

Currently you can redeem:

(FarkUnits replace Farks2Give. Any existing Farks2Give have been converted to FarkUnits.)

What is the Fark SwearJar?

You can purchase FarkUnits for $10 for 100 FUs, or you can get a discount if you purchase in bulk.

Using it is easy. If you type a word with "fuck" or "shit" in your comment, a new button will pop up that says "Add Comment using SwearJar - 20FUs." Just click or tap that and those words won't be filtered to the customary 'fark' or 'shiat.' 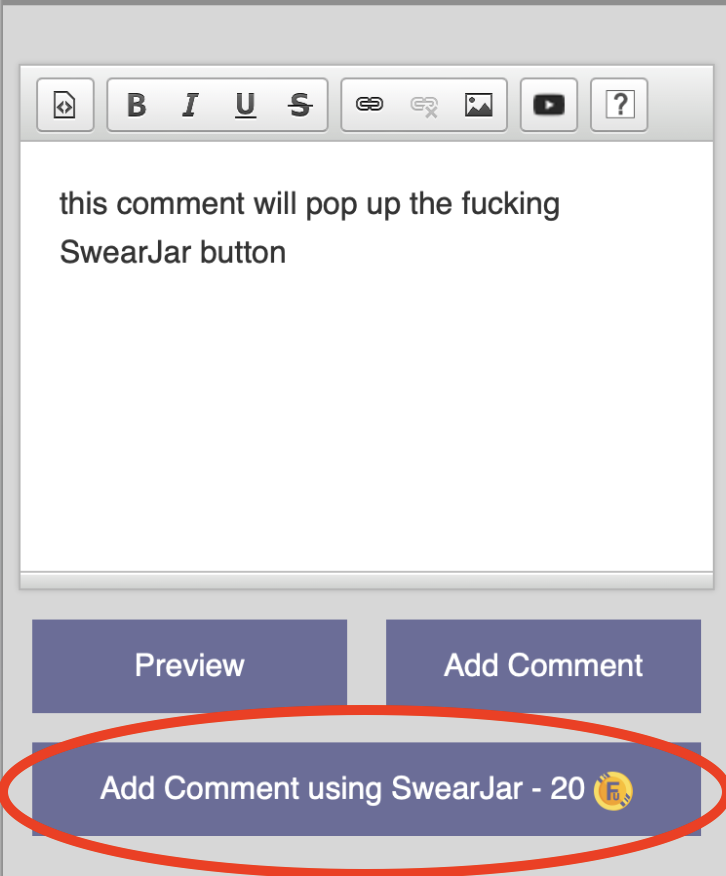 Fark has a book called "It's Not News It's Fark: How Mass Media Tries to Pass Off Crap as News". Click for details on the Fark Book.